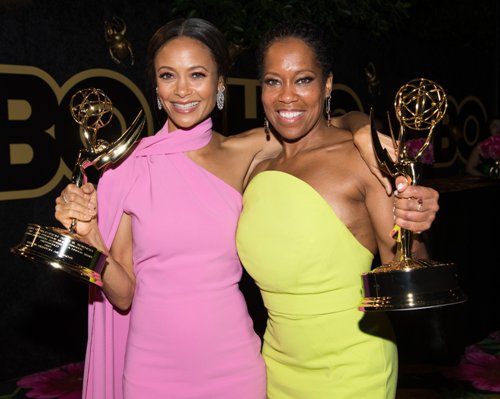 Watching almost any awards show on television underscores that perception. The recent 70th Prime Time Emmy was no exception.

Black and other Emmy nominees of color were shut out of prime time categories in which they were nominated, such as acting in a comedy or drama, writing, and directing.  Some programs won multiple awards, including “The Marvelous Mrs. Maisel,” “Game of Thrones,” “The Assassination of Giani Versace, ” “Barry,” “The Crown,” “The Americans,” and “Godless.” They are all predominantly white.

The issue isn’t whether or not these programs deserved to win, but why other programs which were written, produced, directed and performed by Black individuals weren’t just as deserving. Why, for instance, weren’t “Empire” or “Queen Sugar” nominated in the drama categories? “Empire’s” lead actors Terrence Howard and Taraji P. Henson have turned in stellar performances in the three years the drama has been on the air. “Queen Sugar,” directed by Ava DuVernay and a battalion of women directors she selected in order to provide more directing opportunities for women, has realistically portrayed life as lived by a Black New Orleans family struggling to hang onto their land where they farm sugar cane and process it in their own mill. They also grapple with issues of racism, police brutality, and a rich, white family which plans to seize their land, and that of other Black sugar cane farmers, in order to build a privately owned prison.  It’s hard to believe that no one in the cast, the writers or directors qualified for an Emmy award.

The Emmy nominating and awards committees, like those in the film world’s Academy Awards, appear to believe that there is only a single standard of excellence, and it’s white. It’s like saying that professionals of color in the entertainment industry can never measure up to their white counterparts. True diversity in the Emmys means not only filling the award categories with a nominees of color, but also awarding them, and diversifying  the winners’ circle. Excellence comes in all colors, and the National Academy of Television Arts and Sciences, which bestows the Emmys, should acknowledge that, starting next year.